The death toll from Typhoon Lekima in China has risen to 32 with another 16 people missing, local authorities say.

Officials say about five million people in Zhejiang province have been affected, with over one million evacuated to safe spaces.

Lekima made landfall in the early hours of Saturday in Wenling, between Taiwan and China’s financial capital Shanghai, packing strong winds and heavy rain.

It was moving further north up the east coast on Sunday.

Most of the deaths were in the city of Wenzhou where torrential downpours caused a landslide, state media said.

The landslide occurred after a barrier lake – or natural dam – formed, pooling water from the heavy rains before collapsing.

Emergency crews battled to save stranded motorists from floods and searched for survivors in the rubble of damaged buildings. 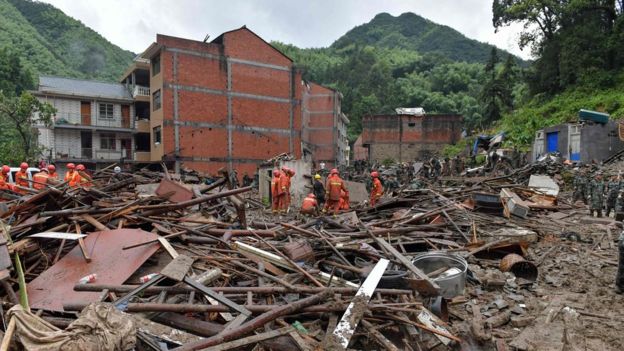 Footage on Sunday from state broadcaster CCTV showed rescue workers on boats in Linhai city where streets were completely submerged in water.

Lekima has now passed over Shanghai and is expected to hit Shandong province later on Sunday. 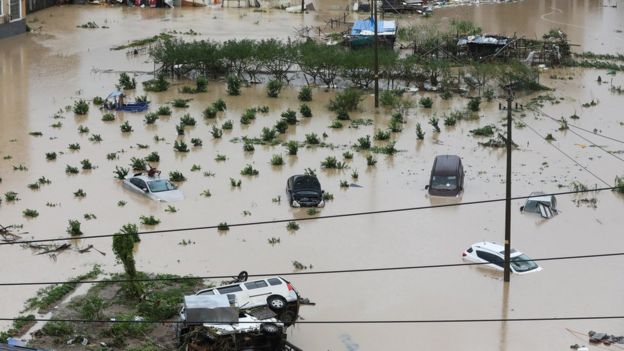 More than 3,200 flights have been cancelled due to the typhoon with Shanghai, Beijing and other cities grounding planes.

Lekima is the ninth typhoon to hit China so far this year.

Weather experts quoted by Xinhua news agency said it was among the top three strongest typhoons to have ever hit Zhejiang.

It was initially given China’s highest level of weather warning but was later downgraded to an “orange” level. 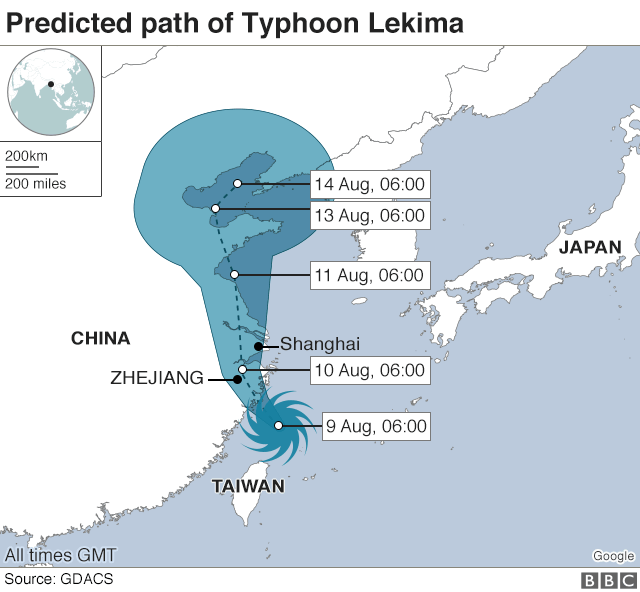 Chinese weather forecasters said the storm, which had winds of 187km/h (116mph) when it made landfall, was moving north at 15km/h.

It earlier passed Taiwan, skirting its northern tip and causing a handful of injuries and some property damage.

Lekima is one of two typhoons in the western Pacific at the moment.

Further east, Typhoon Krosa is spreading heavy rain across the Northern Mariana Islands and Guam. It is moving north-west and could strike Japan some time next week, forecasters said.