About a year before EES began updating you on shipping’s latest news, there was an incident off the coast of New Zealand.

It was October 2011 – the entire world watched on as the huge container ship, Rena, ran aground on the Astrolabe Reef.  Months later, the vessel broke apart and subsequently sunk.

The Rena was carrying 1368 containers and 1733 tonnes of heavy fuel oil (HFO) at the time of running aground on the clearly marked Astrolabe Reef.  Losing an estimated 900 containers overboard was catastrophic, but the oil spill that occurred after the grounding (plus the loss of containers) gave the entire incident the title of the worst environmental disaster in New Zealand’s history. 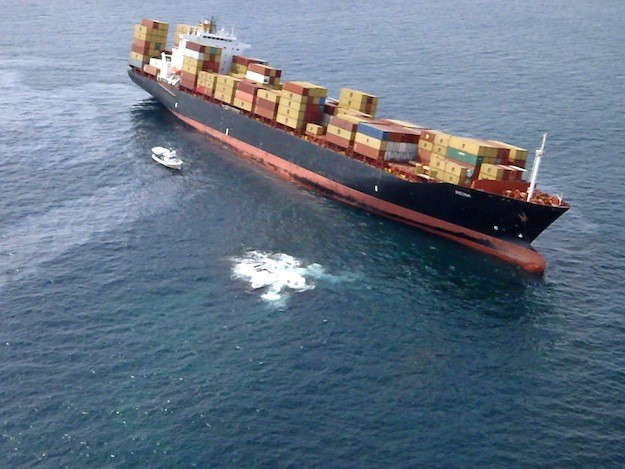 Fly-over shots of the M/V Rena grounded on the Astrolabe Reef on October 8, three days after grounding. Photo: Dudley Clemens via MNZ 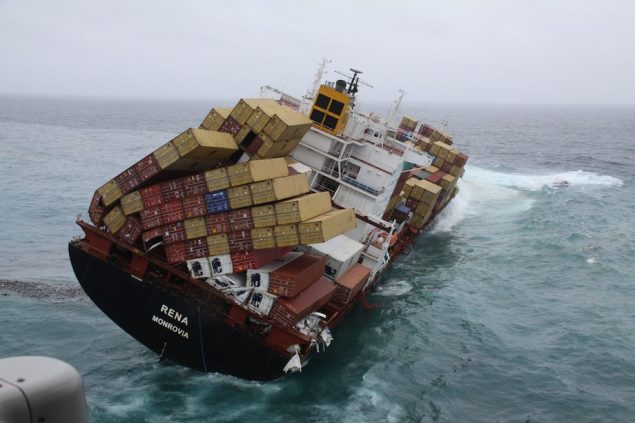 The MV Rena lost an estimated 900 containers when it ran aground, broke up, and later sank off the coast of New Zealand in October 2011. Photo courtesy Maritime New Zealand 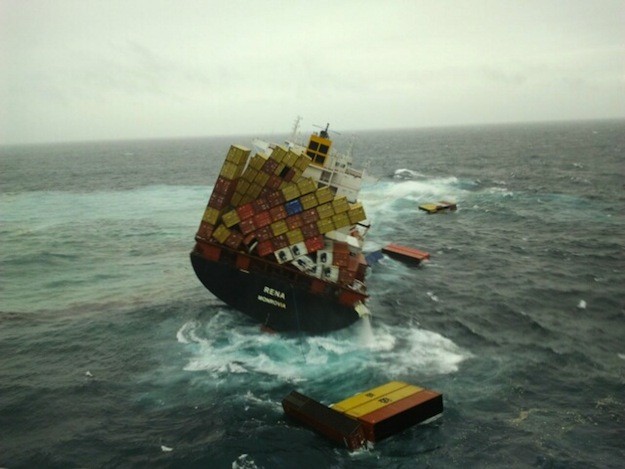 Here’s Rena from another angle as she loses containers into the heavy seas.  Photo: Blair Harkness 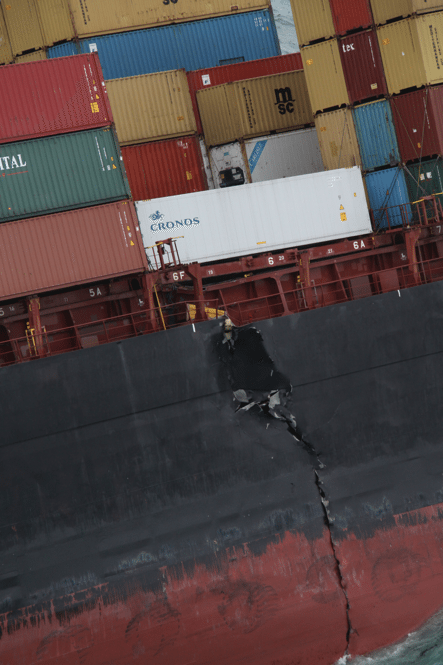 On October 12, a large crack appeared on the port side of the stricken vessel Rena. Photo: Maritime New Zealand 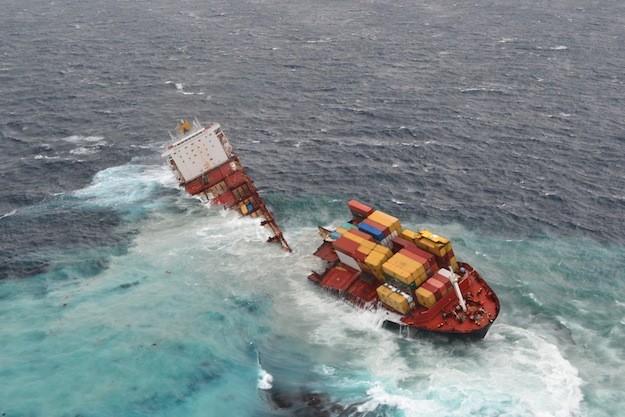 During the early morning hours of January 8th, the M/V Rena broke in half as heavy seas with swells up to 6m battered the vessel.  Image credit: Maritime New Zealand

Nearly four and a half years after this disaster, it has now been declared that the wreck of the MV Rena on the Astrolabe Reef no longer poses a hazard to navigation.

Maritime NZ Director Keith Manch said salvage and clean-up work undertaken since the grounding meant there was now no proper basis for the notices under the Act.

“Significant effort has gone into salvage and safe removal of harmful substances,” he says. “While some oil remains trapped in the wreckage of the vessel, most of the harmful substances contained within the ship have been discharged into the sea and have either been removed or have been, and will continue to be, monitored under the plan provided for under the resource consent.”

In terms of navigational safety, Manch noted that more than 22,000 tonnes of debris had been removed from the seabed.

Manch said the lifting of the statutory notices represented a significant milestone in the response to the grounding.

“Maritime NZ has maintained a presence in Tauranga overseeing the work undertaken by, and on behalf of, the owners since the grounding and wishes to thank all those involved for the efforts that have been put in,” he said.

In February, MV Rena’s owners, Diana Shipping, won a ruling allowing them to abandon what remains of the shipwreck, but the company will need to pay for ongoing costs under a strict court order.

A final report into the grounding released in December 2014 found that it was the failure of the master and crew to follow proper voyage planning, navigation and watchkeeping practices and the ship manager’s insufficient oversight of vessel’s safety management system that led to the grounding

Check out other amazing photos of this incident here.