The Antonov to the rescue

The Antonov to the rescue

We simply cannot resist an article that includes our very favourite aircraft.

The Antonov AN-225 Mriya has been taking some time off (eighteen months in fact) for some modernisation work.

Well, she’s back and she’s coming to our rescue to help us fight COVID-19.

The Antonov An-225 Mriya has been tasked with operating COVID-19 support flights, which will see the monstrous cargo aircraft haul medical supplies to various virus hotspots around the world. 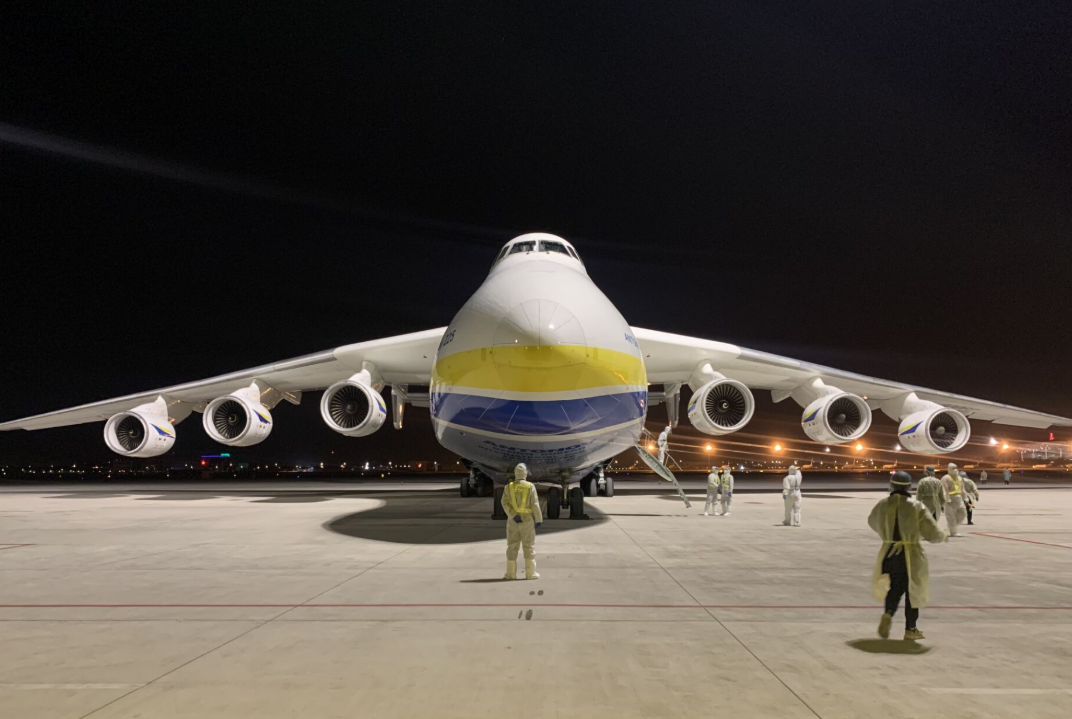 The six-engine monster departed Kiev on the 11th of April and flew  to China to pick up medical supplies before being flown to Warsaw, Poland.

With a maximum takeoff weight of 640,000 kilograms, this task is a piece of cake for the aircraft, which also boasts a cargo hold volume of 1,300 metres cubed.

Check out this video of the Antonov being loaded in Tianjin, China.

Check out some more amazing photos of when the Antonov visited Perth here. Has it really been four years?